Cat Allergy Vaccine, Will It Be As Good As They Say?

You’ve got a cat or few. They love snuggles and cuddles. They’re super warm and soft and perfect. Life is good. Then something comes up, a significant other, a baby on the way, a roommate, and they have a horrible cat allergy. What do you do?

About 3.2 million cats in the United States are brought to animal shelters each year, for “pet problems,” allergies being one of the more common pet problems­ that leads to surrender. Fortunately, Switzerland-based HypoPet AG has a cat allergy vaccine in development that has promising preliminary results.

The vaccine, marketed as HypoCat™, is not for humans but for cats, and would induce antibody production in cats against their most common cat allergen to humans, Fel d 1.

Is this the answer to these heartbreaking decisions? Will this vaccine break down some of the barriers to cat adoption? In order to determine that, we need to have a basic understanding of Fel d 1 transmission, and how this vaccine would work.

There are a total of 10 allergens produced by cats; however, the most important one is Fel d 1 (of the 10% of Americans being allergic to cats, between 80-90% of them are allergic to Fel d 1). The protein is found in cats’ saliva, tears, and perianal and sebaceous glands. A 2018 review of cat allergens mentioned that sebaceous glands are a primary location of Fel d 1 production.

The protein is present in all cats, but females generally express it less than males. Due to the nature of certain cat breeds, Fel d 1 is not produced at the same rates for different types of cats or shed into the air the same way. More of the protein is typically found on the head compared to the chest.

Since Fel d 1 is present in cats’ saliva, their frequent grooming spreads the allergen to their coat and skin. Fur and dander is shed and the particles go airborne. Washing cats, frequent dusting and vacuuming can help reduce levels of Fel d 1 in the environment. However, since the protein is also secreted through sebaceous and perianal glands, there becomes multiple mechanisms for distribution that within one or two days, cause the level of environmental Fel d 1 to return to original levels.

The goal of HypoCat™ is to neutralize the allergen at its source, “by immunizing cats against their own allergen.” To do this, researchers developed a conjugate vaccine, which is a type of vaccine typically used to produce vaccines for babies and young children. They are constructed by linking an antigen to a “carrier” protein molecule. These types of vaccines help younger or immature immune systems better recognize an antigen, leading to an immunological response.

For this conjugate vaccine, researchers used recombinant Fel d 1 and a virus like particle from the cucumber mosaic virus with the tetanus toxin-derived universal T-cell epitope (CuMVTT). The virus-like particle (VLP) offered the advantage of having a viral structure without the ability to replicate. Moreover, the cucumber mosaic VLP was chosen because it “carries RNA from the bacterial production strain, which is a ligand for toll-like receptor 7 and 8 and is a pathogen associated-molecular pattern.” Since conjugate viruses are meant to enhance the immune response by having a viral association, the researchers believed that having a virus-like particle with both structural and molecular patterns similar to a pathogen, CuMVTT would make an ideal carrier for their antigen.

A total of 54 cats (3 males, 51 females) within four cat studies were used for the development of the HypoCat vaccine (Fel-CuMTTT), and they were tested for immunogenicity, vaccine tolerance, and optimal dosing. During the study, cat serum samples and tear samples were collected and analyzed before immunization and on set intervals throughout.

Results indicated that increased anti-Fel d 1 immunoglobulin G (IgG) levels were detected 22 days after the vaccine was administered. Prior to vaccine administration, there were no significant levels of anti-Fel d 1 IgG detected.

Antibodies were also analyzed for antigen binding and Fel d 1 neutralization. Ultimately, the results indicated that the vaccine was able to induce Fel d 1-specific antibodies in cats. The vaccine was tolerated, and the subjects showed a significant immune response.

So far, the results seem very promising. However, the paper mentions “the goal of vaccinating cats against Fel d 1 is induction of specific antibodies capable of neutralizing the molecule … rendering cats less allergenic to Fel d 1-sensitive human subjects.” While the results demonstrated that induced antibodies led to a reduction of Fel d 1 levels in tears, this can only so far promise a reduction of allergenic symptoms. Furthermore, fur and dander were not tested, which is another area of animal to human contact. In order for this vaccine to go to market, more trials and studies will need to be performed, and it might not be ready for another two or three years.

HypoPet, however, is not the only company trying to address pet allergy issues. St. Louis-based Purina has been working on a food product that would also induce antibody production against Fel d 1. In this case, an egg product with anti-Fel d 1 antibodies was developed and fed to cats to transfer immunity against Fel d 1.

To test their food product, Purina evaluated 106 domestic short-hairs between the ages of seven months to 17 years (46 neutered males, 3 non-neutered males, 54 spayed females and 3 non-spayed females). They tested cat hair by taking samples from a clean brush (a new brush was used for each cat, and for each brushing). The results showed that consuming food with anti-Fel d 1 IgY (produced by chickens and similar to mammalian IgG) reduced Fel d 1 levels found on a cat’s coat. Of the cats tested, 86% saw at least a 30% Fel d 1 reduction, and half the cats had the allergen levels reduced by 50%. Purina also determined that the greater reduction in allergen levels was observed in cats who already produced higher levels of Fel d 1 (Recall that individual cats express the proteins at different levels.).

Both approaches to solving the cat allergy problem are very different from one another. It is unclear whether or when the outputs of either would become available to the public. It is also unclear whether the reduction in the allergen is enough of a reduction for Fel d 1 sensitive people. However, both studies show headway in solving a problem that causes people to be parted with their beloved pets, and drives a barrier to pet adoption by people who might otherwise enjoy the company of a cat.

Hagan, Pat. “Good Mews: A Vaccine for Your Cat Could Stop Humans Having an Allergic Reaction to Them .” Daily Mail Online, Associated Newspapers, 9 Aug. 2019, www.dailymail.co.uk/news/article-7343109/Good-mews-vaccine-cat-stop-humans-having-allergic-reaction-them.html.

Bone Morphogenetic Proteins (BMPs)
The Bone Morphogenetic Proteins (BMPs) were first discovered and named by Marshall Urist in 1965 as...
Cat Allergy Vaccine, Will It Be As Good As They Say?
You’ve got a cat or few. They love snuggles and cuddles. They’re super warm and soft and perfect. Li...
Using Firefly's Light to Find a New Cure
Have you ever caught fireflies in the summer and watched as they crawl over your hands? It’s fascina... 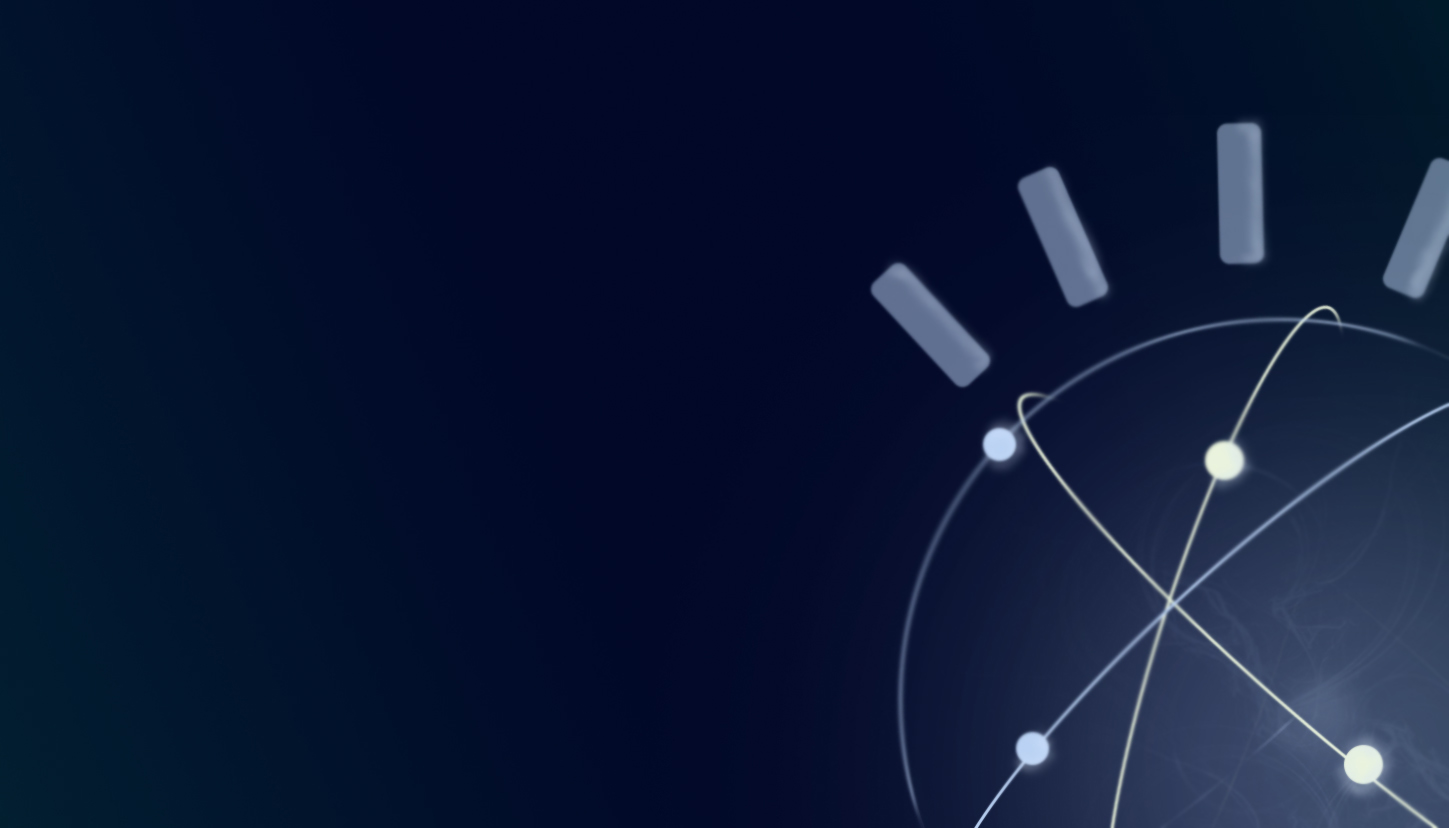 Your Hypothesis May Soon be Elementary, Thanks to Watson
When I was a young research associate, having just recently started down a career of molecular biolo...