Breaking Through with CRISPR

Every so often, observation, creativity, collaboration and a little bit of luck lead to a scientific breakthrough with the potential of transforming whole scientific fields and ultimately, life as we know it.

The popular genome editing tool CRISPR, short for clustered regularly interspaced short palindromic repeats, is one of these promising scientific innovations. Scientists’ imaginations and the innate versatility of CRISPR have led to the engineering and use of this DNA editing technology in numerous model organisms. Labs across the world are adapting this system to treat human disease, improve and accelerate crop growth, improve livestock and control the spread of pathogens. This breakthrough has certainly given us hope for a better future, but it has also driven us to ask: what’s the catch?

The most well-known genome editing CRISPR system is CRISPR-Cas9, a nucleoprotein complex where Cas9 (CRISPR associated protein 9) is actually the enzyme that “cuts” and edits double-stranded DNA with the help of an RNA sequence. First, Cas9 is guided by an RNA sequence or guide-RNA that directs the enzyme towards the target DNA to be deleted by complementarily binding to a matching sequence in genomic DNA. Then, Cas9 cuts at the specific site leaving double stranded breaks that are mended by the cell’s DNA repair mechanisms.

This extremely powerful technology originated in the late 80s and early 90s from the accidental observation of short palindromic repeats, often assumed to be “junk DNA,” in bacteria and archae. Eventually, scientists realized that CRISPR-Cas acts as an adaptive immune system for bacteria. They figured out that in bacteria, these short palindromic repeats flank genetic elements adopted from invading viruses and plasmids and help eliminate these threatening DNA sequences.

Then, in 2012, biochemist Jennifer A. Doudna and microbiologist Emmanuelle Charpentier figured out how to program CRISPR-Cas9 to edit any desired target sequence in double stranded DNA. Shortly after, in 2013, the first evidence of using CRISPR to edit DNA successfully in eukaryotic cells was found by Feng Zhang and his team at the Massachusetts Institute of Technology.

Characteristics making CRISPR Cas9 so attractive are its mechanical simplicity, its ability to be used in human cells, and the variety of ways it can be used (DNA deletion and insertion, knockouts, transcriptional activation and repression, fusion protein delivery and epigenetic alteration).

It is not surprising, then, that CRISPR-Cas9 has been applied many in vitro and in animal models for the study of various incurable and devastating diseases including cystic fibrosis, sickle cell disease, HIV, and heart and metabolic disease.

Scientists have also improved crops using CRISPR technology. Zachary H. Lemmon and his team mutated the genome of Physalis pruinosa or the groundcherry, a sweet fruit grown in Central and South America. The CRISPR-caused mutations in the groundcherry plant resulted in larger fruit and faster shoot flowering.

The extensive application of CRISPR in different organisms has not only showcased its potential as a powerful genome editing tool, but it has also revealed different disadvantages of this gene editing tool and how much we still don’t know about how the mechanism.

Ecological implications are now at the forefront of concern for many scientists. Studies trying to eliminate malaria-carrying mosquitoes using CRISPR technology have thrust these apprehensions into the spotlight.

In one specific study, Andrea Crisanti and his team disrupted an intron in the transcript of the doublesex (dsx) gene of malaria-carrying Anopheles gambiae using CRISPR-Cas9, resulting in complete sterility.Then, they designed a gene drive, a way of introducing modified DNA to a few mosquitoes that can be passed on and propagated throughout the population, directed by CRISPR targeting the same gene, dsx. They introduced it into a caged Anopheles gambiae population where it spread rapidly, passed on from one generation to the next, and resulted in female sterility and suppression of the caged population.

This approach certainly gives us hope of eliminating malaria, a disease that has killed millions of people around the world. But at what cost? What are the consequences of releasing this CRISPR-based gene drive into the wild and risk eliminating whole mosquito populations? How would ecosystems be affected? Do the pros outweigh the cons?

These and many other questions about the ethical use and regulation of CRISPR technology are emerging every day. The scientific community is specifically concerned with the use of CRISPR in humans. Research groups and companies in the US and other countries are in the process of launching various clinical trials to determine the potential of CRISPR as a therapeutic in human disease.

In fact, various research groups have already attempted to edit DNA in human embryos, which caused a response from the scientific community and led to the formation of a committee working towards establishing guidelines for the application of genome editing in humans.

Questions about how humans, other organisms and the world will respond to CRISPR editing remain. Hopefully, the observation, creativity and collaboration and the little bit of luck that first led scientists to discover CRISPR will again help scientists understand the current and fast-emerging gene editing tools and establish appropriate regulatory guidelines for their use.

Fernanda Ruiz is a science content writer. She holds a bachelor's degree in biology and in chemistry from St. Mary's University and a PhD in molecular and cellular biology from Baylor College of Medicine.

Breaking Through with CRISPR
Every so often, observation, creativity, collaboration and a little bit of luck lead to a scientific...
CRISPR: Discovery and Adaptation
You, a scientist, often begin an experiment by testing a theory with the hope of making a contributi... 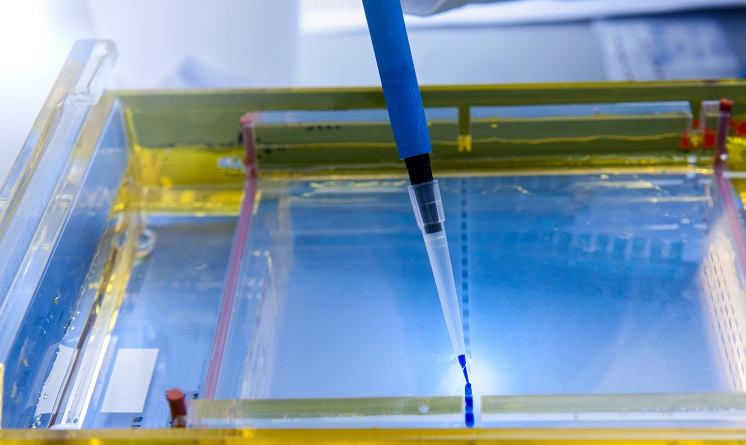 Genome Editing Validation using T7 Endonuclease I
T7 endonuclease I is a popular and very useful enzyme that is often used to quantify a targeted muta...
15 Great Biological Discoveries that Revolutionized Life Science
In the long history of biology, there have been so many amazing discoveries! Advancements in the ori...