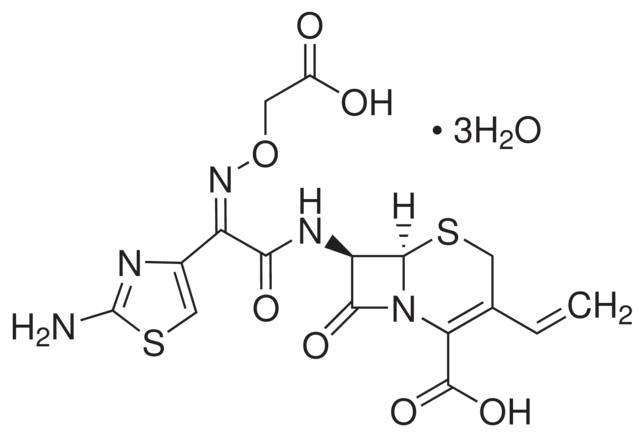 Cefixime trihydrate is a broad-spectrum third generation cephalosporin targeting a wide range of gram-positive and gram-negative organisms. It is also used to detect ytterbium in mineral probes.