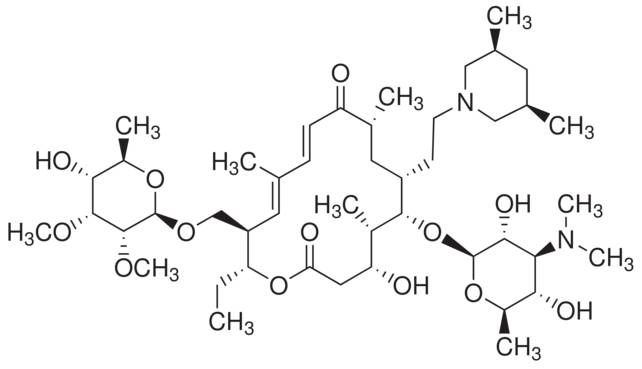 Tilmicosin is a macrolide antibiotic structurally similar to tylosin. It targets gram-negative bacteria, especially those responsible for bovine respiratory infections.