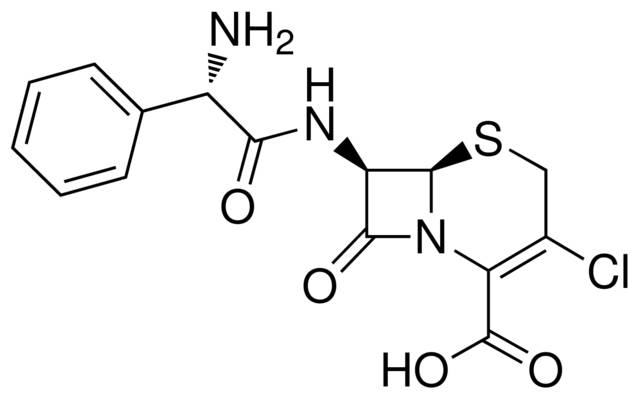 Cefaclor is a second generation cephalosporin antibiotic isolated from the Acremonium fungus. It targets a wide variety of bacteria including Streptococcus pneumoniae and Haemophilus influenzae and a variety of other gram-negative and gram-positive bacteria. In addition, cefaclor has been useful in studying urinary tract and intra-abdominal infections and the mechanisms of renal transporters hOTA1, hPEPT1, and hPEPT2.