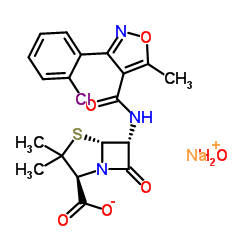 Cloxacillin sodium is a sodium salt formed from a chlorinated semisynthetic derivative of penicillin. It has been shown to exhibit significant bactericidal activity against penicillin G-resistant staphylococci.