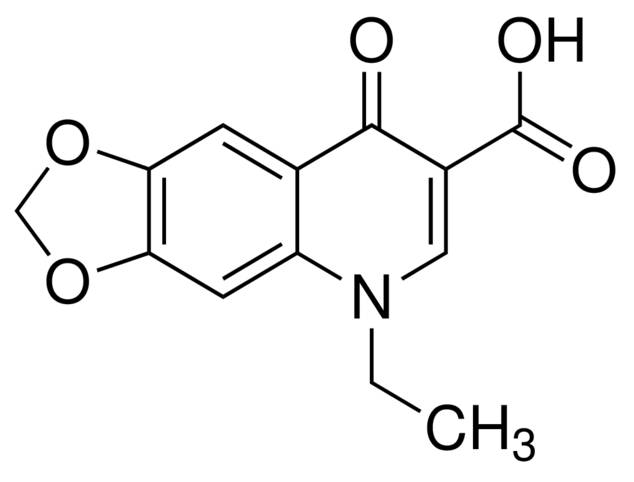 Oxolinic acid is a synthetic quinolone antibiotic targeting gram-negative bacteria, especially those responsible for causing urinary tract infections. It has also been reported to be effective against Burkholderia glumae, a bacteria causing grain rot, sheath rot, seedling rot, and bacterial panicle blight. It has been useful in studying transmissible resistance mechanisms of E. coli and S. enterica. It can be used to isolate Gardnerella vaginalis and as a dopamine reuptake inhibitor in neurological research.

Storage/Handling: Store at 2-8°C.
This product is light sensitive, and is soluble in 0.5N NaOH with heat.