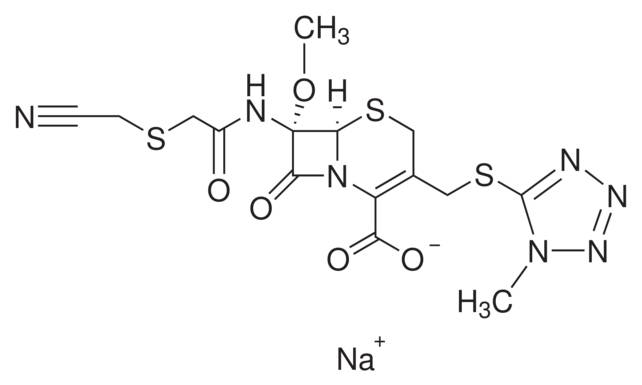 Cefmetazole is a semisynthetic second generation cephalosporin antibiotic derived from cephamycin. It is effective against a variety of gram-negative and gram-positive bacteria, exhibiting more efficacy against many gram-negative enteric bacteria than many first generation cephalosporins. In addition, cefmetazole has been used to research its effect on the expression and inhibition of the penicillin binding proteins, especially PBP2 and PBP4.