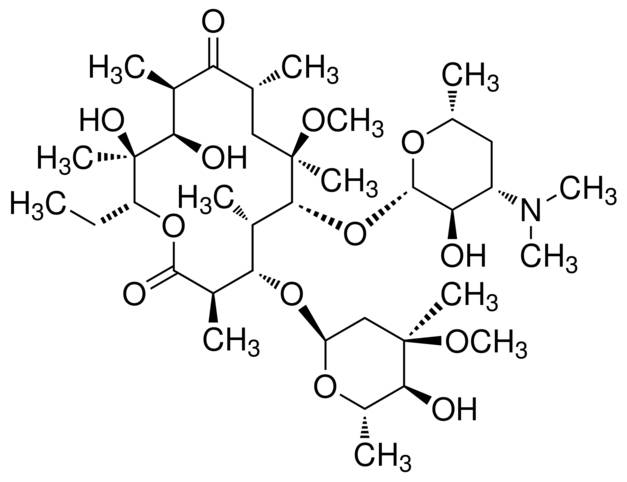 Clarithromycin is a macrolide antibiotic and is an acid-stable form of erythromycin. It is effective against gram-negative and gram-positive bacteria. Clarithromycin has been used to research cardiac transplant rejection and COPD inflammation markers. It is also an inhibitor and substrate for CYP3A4.