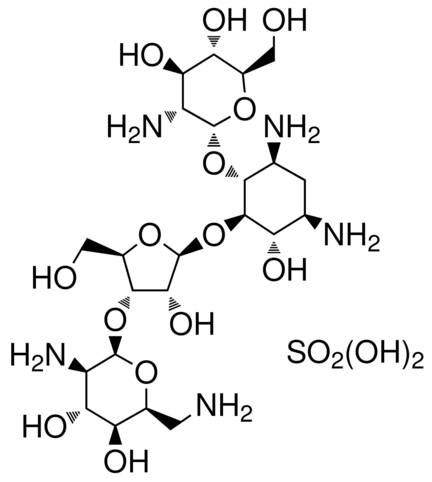 Paromomycin is an aminoglycoside antibiotic isolated from Streptomyces rimosus. It targets a variety of gram-negative and gram-positive bacteria as well as several protozoan species. It displays activity similar to that of neomycin. Paromomycin sulfate is freely soluble.