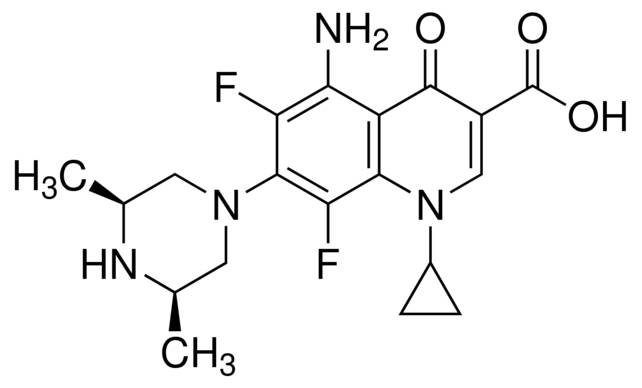 Sparfloxacin is a broad-spectrum fluoroquinolone antibiotic targeting gram-negative and gram-positive bacteria as well as Mycoplasma species. It is especially effective against bacteria responsible for respiratory tract infections such as pneumonia. Sparfloxacin also displays photosensitizing effects.