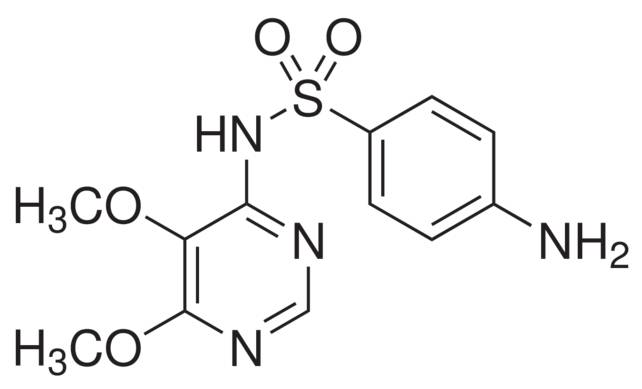 Sulfadoxine is a broad-spectrum sulfonamide antibiotic effective against gram-negative and gram-positive bacteria. It is commonly used against malaria, especially Plasmodium falciparum malaria with chloroquine resistance. It has been used to study Toxoplasma gondii infections and to prevent infections in post-surgical animal models.

Sulfonamide antibiotics are derived from a chemical called sulfanilamide. They function through inhibiting the conversion of p-aminobenzoic acid to dihydropteroate, an essential step in the synthesis of folic acid. By preventing the production of folate in bacteria, the sulfonamide antibiotics ultimately suppress bacterial DNA replication.