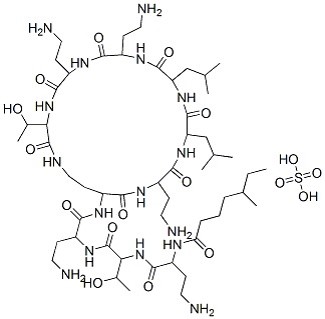 Colistin is a cyclic polypeptide antibiotic of the polymyxin family. It targets the cell membrane of bacteria, which ultimately leads to an altered cell permeability and cell death. It primarily targets gram-negative bacteria. Colistin has been used to study mannose-resistant haemagglutination, antibiotic resistance, and nephrotoxicity.

Colistin sulfate (colistin) is the end product of Colistin Sodium Methanesulfonate (CMS) and does not require molecular conversion for antimicrobial properties.

A World in Which Papercuts Can Kill
The overuse of antibiotics has been debated in the biochemical and medical fields for decades, c...